We were tasked with creating a 3D graphical scene in directX which utilised lighting, bounding features, hazards and movement. I took it upon myself to implement these features and further features such as a debug camera, wave animation, transparency and others. This was completed in about a month of work both at the university and outside. The scene has in total 5 models and 5 cameras.

Despite this not being the first 3D Graphics API, as I have previously coded in OpenGL, that I have used, I still learned a lot of new 3D pragmatic principles. I learned a lot about lighting and utilising shaders, also how to load in model objects and texture them. In terms of development, I also learned a few more favourable skills such as loading items in from files and what it's like to develop a large project with larger than previous project aspirations in mind. 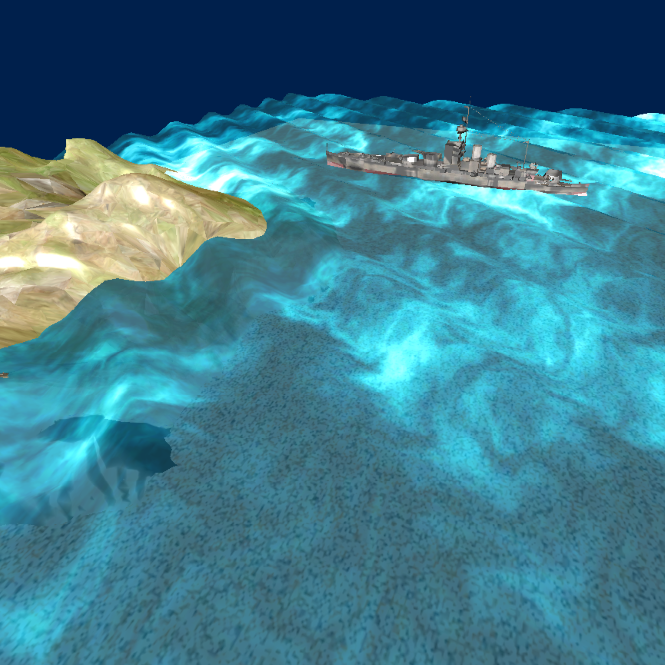